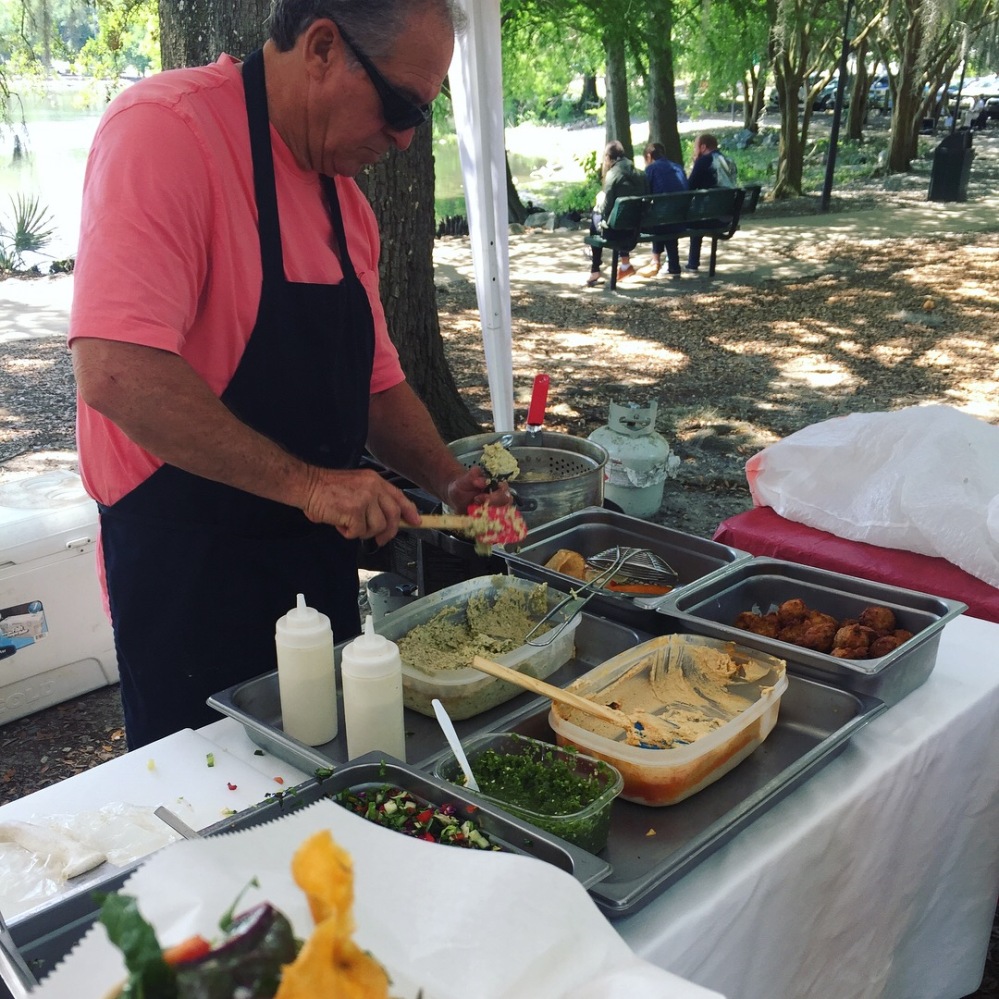 Yesterday, I had a meal that was the perfect combination of taste, people, and atmosphere. After a very stressful couple of weeks, my friends and I decided to take a break, get some fresh air and go to the local park known as Lake Ella. We had heard rumors of an amazing homemade falafel stand that sometimes set up shop by the lake shore. And boy did those rumors turn out to be true. As we stood patiently in line for our long awaited lunch, the Israeli chef smiled at us and said “I haven’t seen you before! First time?” We nodded, and knew it wouldn’t be long before he would be seeing us again. We tried not to salivate watching as he took out the homemade pita bread, stuffed it with homemade hummus,  the falafel he had fried while we watched, and the vegetables that he had grown in his garden (doesn’t really get fresher than that!) With two hands he proudly handed us each our own pita overflowing with the delicious ingredients, and then sweetly said “Quick! Eat before it gets cold. You pay later!” He didn’t have to tell us twice. We each bit into the egg plant wrapped falafel that was perched on top and I swear I think a tear came out of my eye. It was so warm and savory, and you could tell how proud the man was of his craft. And for good reason! After sitting down at the picnic table, attempting and failing to eat without getting the sauce all over our faces and clothes, we walked up to his wife to pay with full bellies and grins on our faces. “It was delicious, no? There’s definitely something special about it.” We wholeheartedly agreed, and assured her that we would be back soon. We grabbed a coffee from the shop nearby and took a stroll in the warm sunshine around the lake, watching the ducklings follow behind their mamas and the turtles paddle around in the waves. It was almost too picturesque to leave, but reluctantly we headed back to school planning on our return to our new discovery. 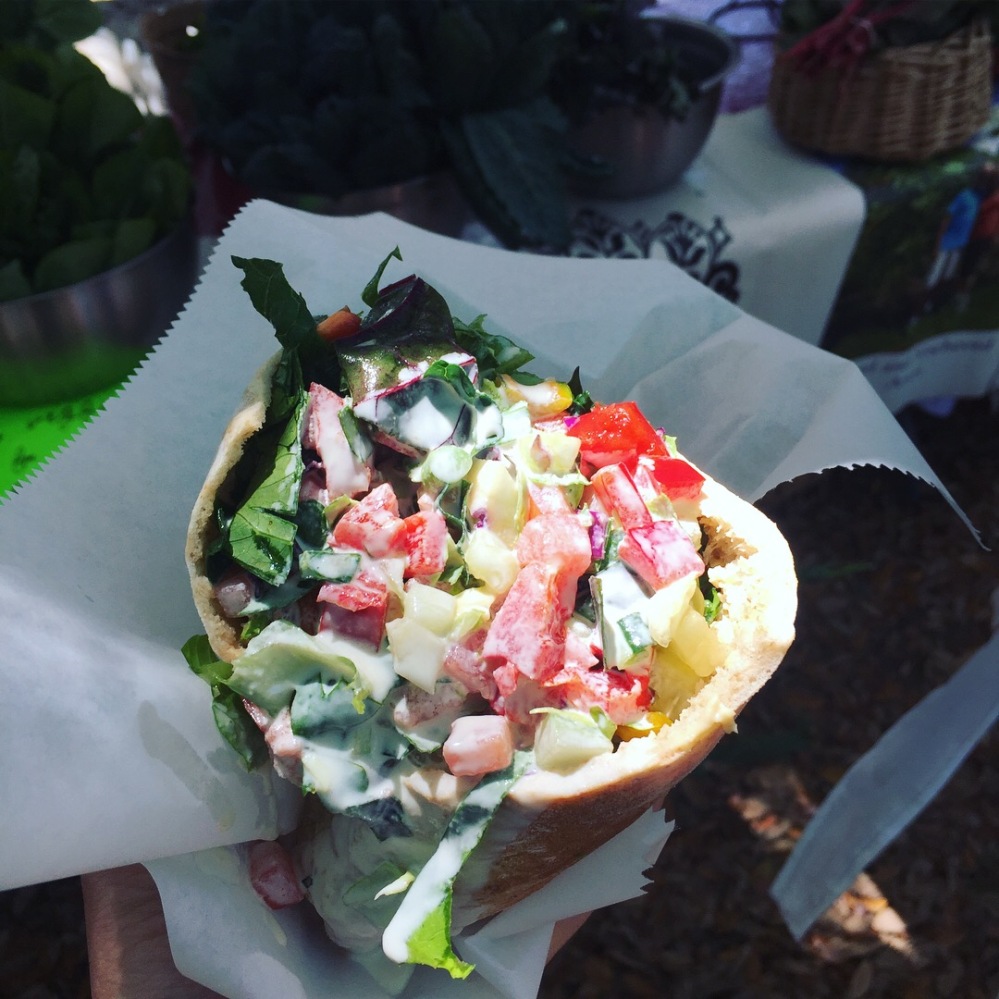